Here is an overview of our courses from this summer. You can read the class descriptions ("blurbs"), view the global schedule in a grid, or see all the classes sorted by category. 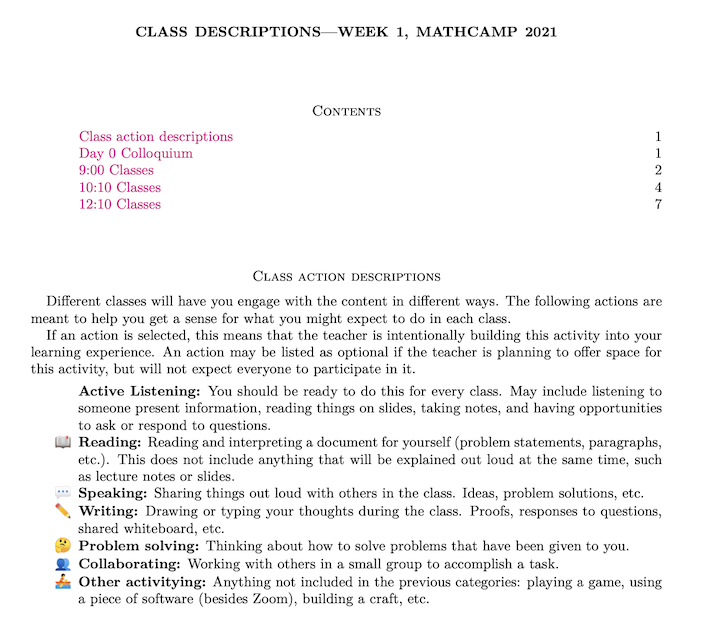 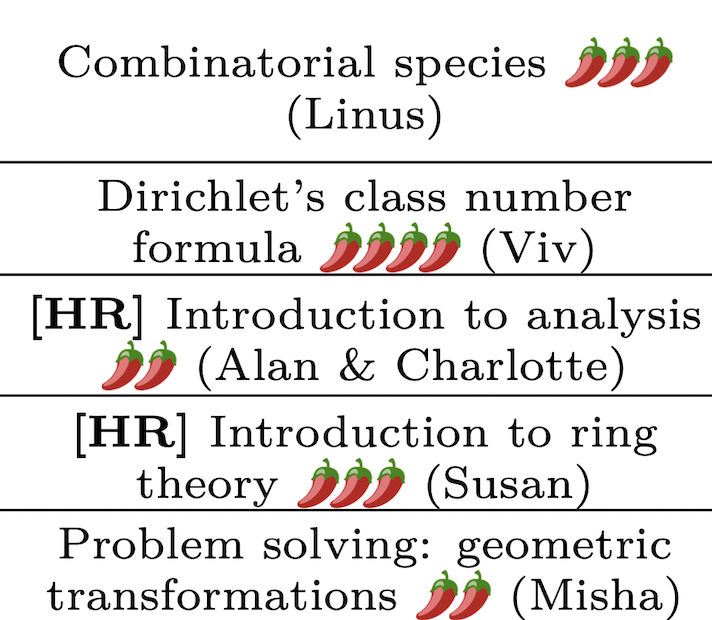 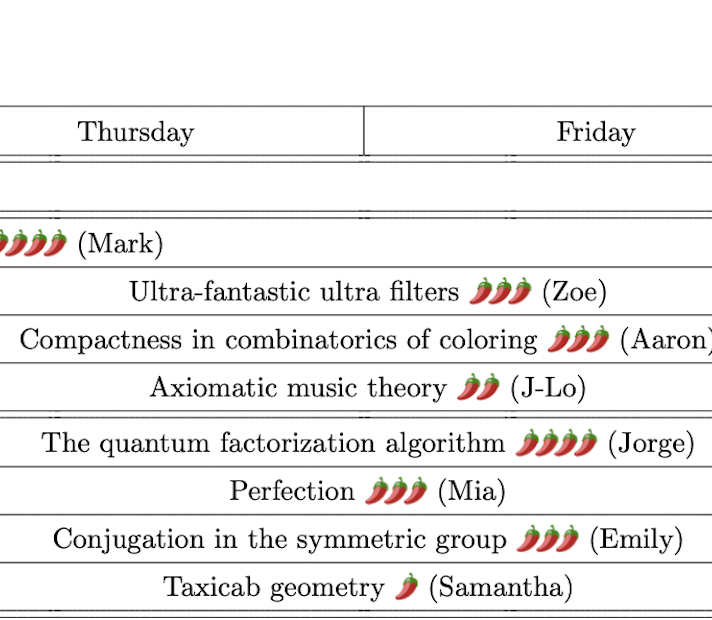 For those who would like to dig into the details of the class archives, these PDFs are for you. Here is the chart of Prerequisites and here is a list of Themes.

We post schedules and course descriptions ("blurbs") each week throughout camp. Here are the 2021 classes: